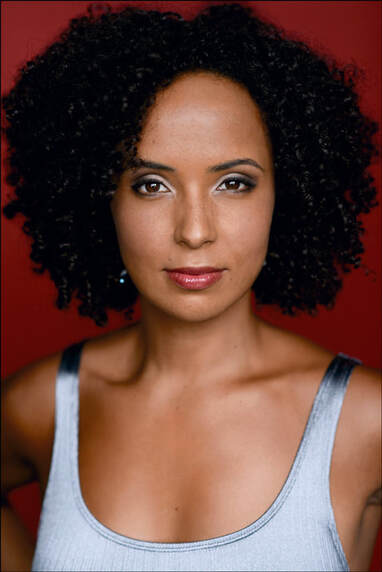 Lisa LaTouche, both Canadian and a New Yorker, has performed, choreographed and taught worldwide. Lisa’s credits include Broadway’s 2016 revival of Shuffle Along, choreographed by Savion Glover and directed by George C. Wolfe. With the cast, she performed live at the 70th Annual TONY Awards and she was a recipient of the Fred Astaire award for “Outstanding Ensemble in a Broadway show” and the A.C.C.A. Actor’s Equity Award for “Outstanding Broadway Chorus.” Lisa has appeared on Amazon’s Original Z, The beginning of everything, toured with Savion Glover in Stepz, and was in both the New York and North American touring casts of STOMP. She currently runs her own performance company Tap Phonics and has been commissioned to present for such organizations such as The Brooklyn Museum, 92Y and Fall For Dance North.  As an educator and professor, Lisa has taught for PACE University, NYU, The School of Jacob’s Pillow, University of Calgary, Decidedly Jazz Danceworks, and serves on the creative council for the American Tap Dance Foundation.  Above all, her proudest achievement is the gift of being a mom. 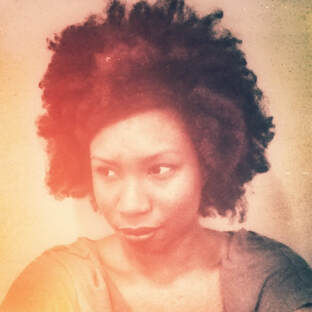 Robyn Watson, a Philadelphia native, began dancing at the age of five, training at La-Cher-Tari Dance Studio and later at Wissahickon Dance Academy. At the age of ten, Robyn was asked to join the Philadelphia based Tap Team Two and Company where she served as member and choreographer until 2002. In 2005, Dance Spirit Magazine listed Robyn as one of the “20 Hot Tappers, 20 and Under.” In 2016, Robyn served as the tap instructor for the Broadway sensation Shuffle Along. She has collaborated and performed with the wonderful singer/musician Rhiannon Giddens, in addition to working, studying, and performing under the direction of tap dancer Savion Glover for the past eight years. Robyn has also performed with noted artists in the discipline including, Dianne Walker, Germaine Ingram, and the legendary Mabel Lee. Robyn received her B.A. in Theater from Temple University and is currently a resident artist at the Painted Bride Art Center, where she is creating “The Blackbirds’ Suites,” a trilogy of tap dance narratives that address Black women’s identity throughout American History. In addition to being a professional dancer, Robyn Watson is a theatre and dance educator and costume designer, designing for several high schools and production companies in the Philadelphia region. 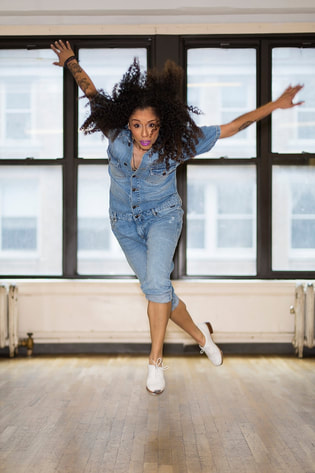 Photo by: Raydene Salinas
Dolores Sanchez affectionately known as “Dolo,” is a strong versatile mover well versed in tap dance, street jazz, contact improv, and capoeira. She has served as faculty at Peridance Capezio Center, Steps On Broadway, and Broadway Dance Center, as well as adjunct faculty at Pace University for the commercial arts dance program and as a guest teaching artist for the Hope College dance department. Dolores has had the pleasure of studying under Michelle Dorrance and Nicolas Van Young at Jacobs Pillow Summer Tap Program and of performing alongside artists such as Ali Bradley for the debut of “Black Matter,” Joseph Webb’s NYC Company debut, Dancing Buddhas, Michelle Dorrance, Jason Samuels Smith, Sam Weber, Dianne Walker, Chloe Arnold for “Rhythm in Motion,” Maud Arnold, and Derick K. Grant. She is a current member of Chloe Arnold’s company Apartment 33 and has performed at the Harlem Stages, Thalia Theater, Symphony Space, The Producers Club, Playhouse Square, Bitter End, and for Queretaro, Mexico’s Cultural Exchange Program.
https://www.lolataps.com 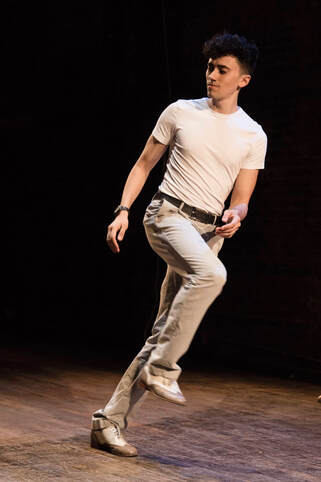 Caleb Teicher, a 2011 Bessie Award Winner for Outstanding Individual Performance, one of Dance Magazine’s 2012 “25 to Watch,” and the 2016 winner of Dance Magazine’s “Best Emerging Choreographer” Reader’s Choice Award, has garnered acclaim for their work as a performer, choreographer, and teacher. Favorite credits include: dancing with Dorrance Dance, The Chase Brock Experience, The Bang Group, and Sally Silvers; choreographing Ga(y)ze for NYU’s Site-Specific Festival; and directing A Brief History of the Unites States at the Kennedy Center’s Millennium Stage. Currently an artist-in-residence at the American Tap Dance Foundation, Caleb makes concert dance work as the Artistic Director of Caleb Teicher & Company. CT&Co has been presented by Works & Process at Guggenheim Bilbao, The Yard on Martha's Vineyard, Jacob's Pillow Dance Festival Inside/Out Series, Queens College, LaMaMa E.T.C., Jersey Tap Festival, The 92nd Street Y, Gibney Dance, Paris Jazz Roots Dance Festival, and many others. Caleb also travels internationally to teach tap dance, solo jazz, and musical theater dance. They are a proud alum of the School at Jacob's Pillow and the National YoungArts Foundation.
http://www.CalebTeicher.net 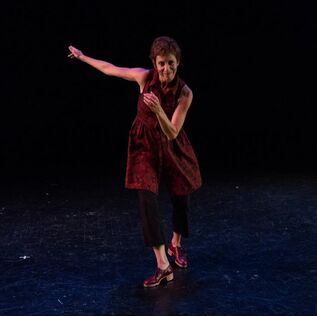 Michele Dunleavy has choreographed and performed extensively throughout the Mid-Atlantic region. She works in a variety of dance forms including tap, jazz, and modern, and her choreography has been presented by arts organizations in NYC, Chicago, Pittsburgh, Minneapolis, and others. Michele's work has been supported through grants from Penn State's College of Arts and Architecture, the Greater Pittsburgh Arts Council, and the Galaxy Arts in Education program. Michele is currently an Associate Professor of Dance in the musical theatre department at Penn State for which she has choreographed numerous musicals including: A New Brain, Bat Boy: The Musical, Parade, Babes in Arms, The Wiz, Rent, The 25th Annual Putnam County Spelling Bee, Good Kids, and American Idiot. Michele has been an invited guest artist or faculty member at Shenandoah University, Point Park University, George Mason University, and the Catholic University of America. She is a member of SDC, the International Tap Association, and served two terms as the Northeast Regional Director of the American College Dance Association.
https://www.micheledunleavy.com/ 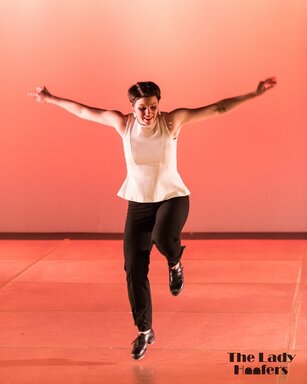 Photo by: Bicking Photography
Becky Mastin, native from State College, Pennsylvania, is a multiform dancer with additional training in jazz, ballet, and modern. Becky studied at the Central Pennsylvania Dance Workshop, and under Sarah Mason at the Pennsylvania Academy of the Arts. She has been a member of the Fraser Street Dancers, Crunch! Productions, and Jade Dance Project. Becky has taken master classes and workshops with a broad range of artists, including Dianne Walker, Jimmy Slyde, Jason Samuels Smith, Roxanne Butterfly, and Heather Cornell. In Philadelphia, Becky has appeared in Too Darn Hot, a Philadelphia Fringe production, and Cross-Rhythms - An Evening of Tap Dance. She teaches students of all levels and ages throughout the Philadelphia area and is available for private lessons.